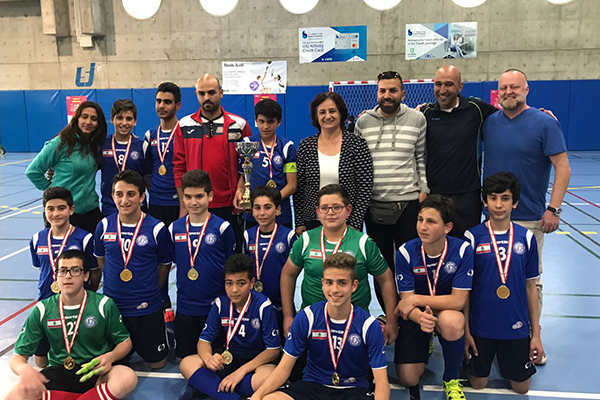 This year’s 2017 UCA Futsal Team (ages 13 and 14) has been crowned the 2017 Mount Lebanon Champions. In his first year at the helm of the UCA Futsal program, Coach Hussein El Lahib, working with Assistant Coach Randa Hamzeh, has developed this year’s team into a force to be reckoned with. “This year’s team possesses a high degree of talent but they are also well-trained and focused. I believe they are going to be even better in the future.” Grade 8ADP student, Amer Ghazal, also shared the same sentiment. “We really understand each other. We don’t fight about who gets to play, we’re like a family. If we stay together for the next four years we have a really good chance of being the best team in Lebanon!”