<Back to News
Education Technology | Get Wired with Dr. Joseph: The AR-VR Explosion 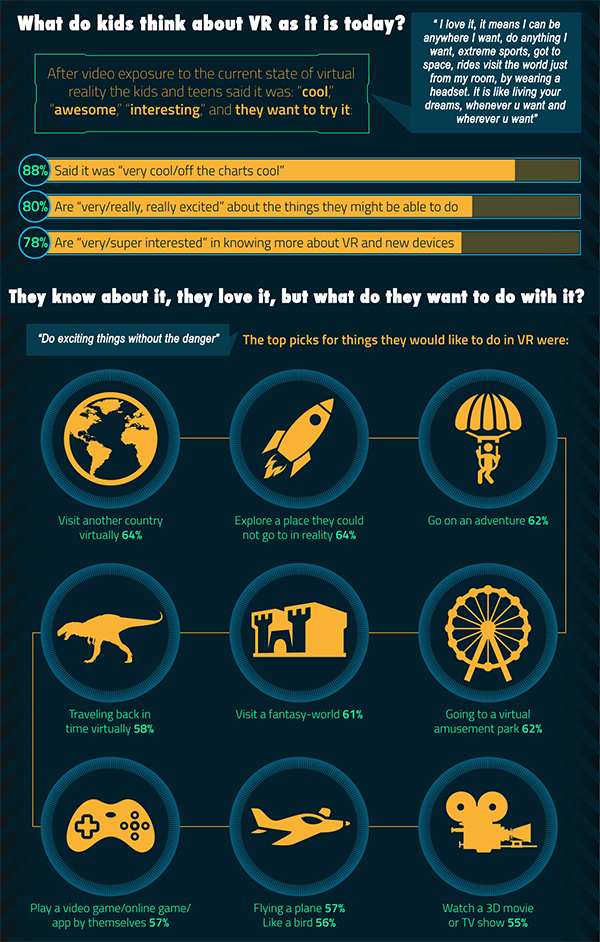 Remember last summer’s launch of “Pokémon Go,” the augmented reality (AR) app, which had both kids and families in a frenzy, cleverly meshing the real and virtual worlds. Users drew intrigued looks all over the world as they tried to hunt and collect as many characters as they could by walking around and waving their mobile devices in thin air. Similarly, virtual reality (VR) devices like the Oculus Rift are fast gaining ground in the gaming world, and in a variety of applications from business to entertainment. These virtual headsets are seen at practically every consumer show and education event, as AR and VR have become more prevalent in the daily lexicon of consumers everywhere.

So, what exactly is the difference between AR and VR, and what potential do these emerging technologies hold for education, particularly in the K-12 segment?

“Virtual Reality” (VR) is an artificially created reality with a mixture of interactive hardware and software, which allows an immersive experience for the user to interact with objects created in a virtual environment.

“Augmented Reality” (AR) is an enhanced version of reality where live direct or indirect views of physical real-world environments are augmented with superimposed computer-generated images over a user's view of the real-world, thus enhancing one’s current perception of reality. In AR, graphics, sounds, and touch feedback are added into the real world via a hand held device.

Both VR and AR have great potential for use in classrooms. Student engagement can be greatly enhanced at all levels in K-12 and teachers can apply the technology in many interesting ways and improve the student learning experience. Based on the various lessons and topics of study, students can be taken on virtual field trips and be given a complete immersive experience. They could be walking on the moon, exploring deep seas or visiting cities, natural wonders and other areas with limited accessibility, all without the conceivable risks and practical hurdles of the real world. With new kinds of sensors being developed as add-on peripherals, these technologies can also give students the feeling of touch and smell, along with experiences of other senses being developed.

Both students and teachers can travel virtually to places like Stonehenge or the International Space Station, or inside the human body! Along with the ability to explore these environments, apps can provide educational content in the form of narration, pop-up text and images. When all three features are well written and developed, they provide a fascinating and very effective new way to learn about various disciplines.

One of the most exciting aspects of virtual reality is its ability to bring people together, regardless of geographical distances. All of the experiences, tutorial videos, and learning apps that are appearing every day would work just as well whether the teacher and student are in the same room, or across the world from each other.

In subjects that require design and creation of 3D models, or require a working understanding of real-life models such as that of aircraft engines, hydro turbines or the solar system, learning can go beyond the existing 2-D examples in books, animations and video. Students can actually visualize how they work in the real world (AR) and how they work and operate in a virtual world (VR). This provides tremendous opportunity for students to be creative in designing models, building, testing and improving prototypes in a relatively quick way to get to their desired outcome.

The applications of AR and VR in education are innumerable. The potential is enormous, and companies are still experimenting and pushing the boundaries of development with both technologies. As with any new technology, there are challenges that need to be overcome with AR and VR. One of the key challenges is that of the ready availability of fully developed content that is integrated with the entire spectrum of the curriculum. Another is the relatively high cost of virtual headsets that are available in the market today. Additionally, there have been concerns based on user experience related to visually-induced motion sickness due to the nature of the immersive experience provided by the VR headsets.

Teething problems aside, both AR and VR has attracted the attention of education industry thought leaders, and an enormous amount of creative energy is being directed at bringing both AR and VR to the classroom, where the possibilities are endless, and the future is exciting.